Time travel? Nazi personnel shows up in the US.

TSA troops now accosting people at locations other than airports, giving the lie to the advice to “avoid flying if you don’t want to be molested”. What is the difference between this 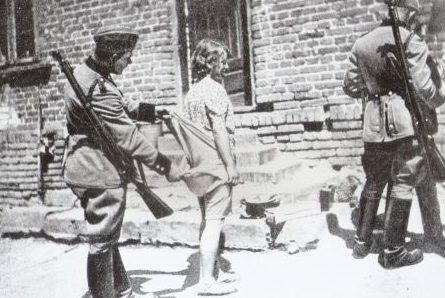 Jews in Warsaw ghetto await a frisk for weapons

And just in case you are wondering, I had a chance to look closely into the airport scanner specifications. They have higher resolution that my 21MP camera, which isn’t at all surprising considering scanning devices usually out-resolve instant-capture imagers.

Unfortunately, historic precedent suggests that such abuses don’t usually end until the country in question is conquered by outside forces. Domestic resistance is possible but it’s most likely exactly what TSA wants to provoke to justify further ratcheting up of the leg irons.

10 Responses to Time travel? Nazi personnel shows up in the US.